In recruitment sometimes you just know 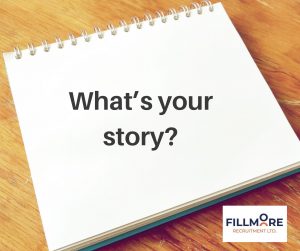 Sometimes in recruitment, you just know and have a good feeling about a candidate’s suitability for a job and how they will perform.

While some candidates can have a perfect CV with extensive industry experience, this does not always translate into success in the role. Meanwhile, another candidate, who may be the right fit for a position is overlooked and never gets the chance to tell their story.

In a hiring situation, companies can be looking through lots of CVs but a recruitment agency is able to fine tune this process and spend time looking for the obvious stand out qualities.

We had been advertising for a specific position and although we had received a really big response to the recruitment advert, we were struggling to find the right applicant. Our client was looking for a safe pair of hands, a candidate that had worked in a similar environment and had the skills and experience to hit the ground running.

Most of all, he was looking for long-term commitment – someone that he could train and eventually take on permanently. At that point, this particular client was fairly new to Fillmore and had low expectations of recruitment agencies in general due to the high turnover of temporary workers that he had previously been supplied with.

It was really important for us to get off to a good start by supplying him with candidates that were of a similar quality to his own permanent workforce, as this would be the only way to gain his trust and build a strong working relationship that could lead to repeat business.

For us as an agency, the most important thing on a CV is work history. We like to see that the candidate has demonstrated some loyalty by staying at each of their previous employers for a reasonable amount of time and with few gaps in between.

As soon as we came across Michelle’s CV, we just knew. There were a lot of similarities between her previous positions and the one that we wanted to put her forward for and most importantly, she had a solid work history and so we called her straight away.

Michelle was polite and friendly as she talked us through her career history and as luck would have it, she lived fairly close by to where our client was based. She felt that her background made her a suitable candidate for the job and we agreed with her and she could start straight away.

It was only when we got around to discussing working references and the reason why Michelle had left her last job, that she confirmed that she was recovering from breast cancer and that her doctor had just given her the go ahead to resume work. As soon as we heard that, we wanted to help her.

After explaining Michelle’s circumstances to our client and how we wanted to help her return to full-time employment, he felt exactly the same way and pulled out all the stops to accommodate her.

It was only when we verbally reference checked Michelle with her previous employer that we realised how sad the company were to lose her, as she was such a hard worker and an excellent employee.

We were told that on a personal level, Michelle’s work colleagues had held a collection before she left the company and an extremely large amount of money was donated because she was held in such high esteem.

Michelle started her temporary assignment with our client in October 2019 and we were really pleased to hear shortly after that her position was finally made permanent.

Michelle’s conduct throughout her temporary employment with Fillmore was exemplary, she never lost a single day due to sickness and was never late in just under a year.

You have to respect anyone that has bravely won their fight against cancer and helping Michelle return to normality was extremely satisfying, especially as she has now made a full recovery from breast cancer and continues to work for our client in her permanent role.

If you have concerns about breast cancer you can contact Breast Cancer UK on 0808 800 6000 or at info@breastcanceruk.org.uk

Looking to recruit
Looking for work